As we reach the end of November, an update is in order on the rapid-paced and continuing fall-out from the Court of Justice of the European Union’s October 6 ruling in the Schrems case.  Over the past month or so, the main developments have been as follows:


It is worth noting that no significant developments relevant to Schrems and Safe Harbor have been reported during the last two weeks, the likely reason being the November 13 terrorist attacks in Paris.  Although some believe, or hope, that the attacks are shifting the pendulum from privacy to security, it is difficult to see how they impact or change the current EU-US legal impasse over data transfers.

Meanwhile, the clock continues to click towards the January 31, 2016 deadline, as massive a date in the data protection community as Y2K was a decade and a half ago for society in general.  However, the chances that January 31 will be as much a non-event as Y2K proved to be are very small.  Whether we see a successful conclusion to the Safe Harbor 2.0 negotiations or not, the next few months are going to be memorable and consequential.
Posted by Unknown at 5:24 PM No comments: 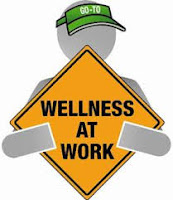 Employees face significant privacy risks when invited to participate in an employer-sponsored wellness program, according to reports airing in October on CNN and NPR.  The CNN report, prepared by Kaiser Health News, begins with a description of the dilemma encountered by employees of the City of Houston when compelled to participate in a new program or pay an extra $300 per year for health insurance.  It also notes that a web of entities besides wellness provides may receive employee health information, including rewards companies, employers, health insurers, fitness app companies, wearable device makers, medical test labs, fitness centers, advertisers and unidentified third parties and agents.  HIPAA privacy laws generally do not protect information generated via wellness programs.  Uncertainties about who will has access to wellness data and what limitations exist upon their use and further disclosure of that data are also highlighted in the NPR report entitled “7 Questions to Ask your Boss about Wellness Programs.”

The privacy risks involved with increasingly trendy health-related wearables, which are often one of the components of wellness programs, were also underscored during October, when the Consumer Electronics Association (CEA) released its 5-page Guiding Principles on the Privacy and Security ofPersonal Wellness Data.  These voluntary guidelines for private-sector organizations that handle the type of data produced by wearable technologies include recommendations in eight areas: security; policy and practice; concise notice; unaffiliated third party transfers; fairness; personal data review, correction and deletion; advertising communications; and law enforcement response.  In spite of the potential benefits of wearable devices, a variant of long-familiar consumer advice is appropriate:  Wearer Beware.
Posted by Unknown at 2:17 PM No comments: 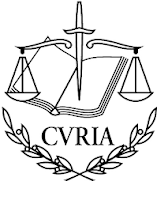 The stunning character of the Schrems decision overshadowed another major decision of the Court of Justice of the European Union, one that has profound implications for multi-national and Internet companies operating in multiple EU member states.  Ruling in the case of  Weltimmo s.r.o. v NemzetiAdatvédelmi és Információszabadság Hatóság, the CJEU found that a company has an “establishment” in a member state if it exercises a real and effective activity, even if only a minimal one, through stable arrangements, in that state.  Applying this test, the Court found that if Weltimmo, a Slovakian-registered company, had a website targeting the country in the Hungarian language, as well as a legal representative, letter box and bank account all located in Hungary, then it would be established in Hungary and subject to the requirements of Hungarian data protection law.

The ruling severely undercuts the strategy of companies that have located their European headquarters in member states such as Ireland that are known to be very permissive in their enforcement of data protection law.  Such companies, with Facebook being a leading example, have claimed that the only member state law to which they must adhere is that of the state in which they have their headquarters, regardless of their activities in other member states.  Such an argument would be untenable under the new General Data Protection Regulation; it is now untenable under the old Data Protection Directive as well.

Sony to Pay Millions to Employees for 2014 Data Hack

A federal judge has given preliminary approval to a settlement reached by Sony Pictures Entertainment and employees who sued over the exposure of their personal information resulting from a hack of the company's computers in 2014.  Even though the US government blamed North Korea for the attack, employees sued on the grounds that Sony had failed to protect their information. Under the terms of the settlement, Sony will pay current and former employees up to $4.5 million to compensate for their losses and up $3.5 million in legal fees.  Individual employees will receive up to $10,000 under the settlement, including up to $1,000 for claims without documentation and an additional two years of ID theft protection. The settlement is expected to be finalized in March 2016.

While employees have sued employers over data breaches for many years now, this is one of the largest awards of compensation on record.  When reviewing their budgets for data security, employers would be well-advised to consider that an ounce of prevention can be worth a pound of cure.
Posted by Unknown at 10:23 AM No comments:

HR privacy-focused sites in the U.S.